This song was a very important work for me in the musical sense. One of the reasons that it was important was that a song will be released with someone I met for the first time from abroad and it was a very enjoyable work. Previously, I made my own name (Ahmet Aydın) with Bigroom House at 128 BPM for two years and it was close to him, and this work was called room Big It House Burn which was the last time I did my music career. After that, I will continue to produce works with the name ”VOLB3X” not only at low tempo in the House Category but also in Aggressive and, where appropriate, Emotional melodies. 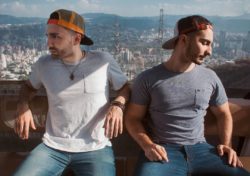 NASGA is a Venezuelan DJ and music production duo composed by Marco Agnese and Fabrizio Agnese, two brothers, whose main focus is to stand out as remarkable DJs & Producers on the electronic music scene, delivering great music pieces and performances all over the world.

NASGA was created by using the first syllable from their last two names: Agnese Santana, reading them as AGSAN, but backwards. NASGA is focused on producing and mixing genres such as Big Room, Dance and Future House.

Since an early age, the two brothers got interested in music. Together, they started to learn music theory and how to play the guitar and the drums; they were influenced by a wide variety of music genres as: Rock, Metal, Trance, Dance, Progressive House and Big Room.

In 2012, they decided to move to Costa Rica in order to continue their music and academic studies. Consequently, they acquired experience and knowledge on different instruments such as the piano, the bass, singing lessons, electric guitar, flamenco and classical guitar. After almost four years living abroad, they decided to return to Venezuela in January of 2016 and search for an institution where they could start to venture in the DJs and producers scene. Finally, they began their studies at DJ College Venezuela where they acquired basic and advanced knowledge from recognized instructors such as DJ Angel Matt, ZoundColector, Fri and Destro. DJ College Venezuela is an educational institution sponsored by Traktor Venezuela. Lately, NASGA obtained certifications as DJs & Producers.

On the other hand, NASGA decided to make music on its own and on December of 2016, it released its first two singles called “Harmonic Drops” and “Universe”, distributed by the independent music label from Venezuela, Arepa Music.

Afterwards, on June 9 th of 2017, NASGA released its first EP called “Legacy” which includes three original tracks focused on the Big Room genre. However, Marco and Fabrizio work everyday to develop new techniques and improve their skills as DJs and producers. Their main purpose is to highlight NASGA and make it bigger everyday and launch it all over the world. 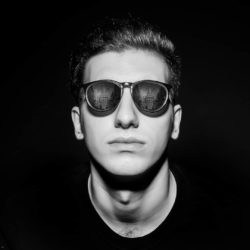 VOLB3X, 20 years old Turkish DJ & Producer he started his musical career in 2017 and he has broken the Beatport Sales Charts with his first releases under the name of Ahmet Aydin.

He was producing EDM sounds but after 2 years, he tried to produce deep and bass house style songs blending with his country’s traditional instruments and it worked very well. Then, he started releasing remixes under his new style and the new name and discovered by SSL Music in 2019. Now, he joined SSL Music and released his first original song in his new style. This is “Unshakeable” and it is supported by Don Diablo, Arem Ozguc , Nurettin Colak , Levent Lodos , Drop – G , Melih Aydogan and many more artists!