Young music producer and DJ Metano based in the Netherlands teams up with talented vocalist Black Gs on this new Future Bass song called “Love Me Now” as their first release on our label.

The song it’s about melodies ,catchy lyrics and hard saw leads for the drop something that delivers that Future Bass genre with his own sound signature and style.

Metano is 18 years old DJ/Producer. At the young age of 16, with a little help of YouTube he taught himself to make his own extraordinary sounds. Then he got interested in Bass House, Future House and Future Bass.

After signing a special deal with Rivaside Records, Equatos Records and Vessology Records he started his producing career. Soon after, he released ‘Bad Bitches’. This tunes gained more than 100,000 streams on every platform. After this, he continued releasing tracks on many worldwide labels.

In 2019, he collaborated with other young talents like Bozone, Vivaro and Hydron. These collaborations received a lot of support from a Billboard top 50 featured duo @vessbroz. At the same time, Metano is performing in the night club, special organizations, private birthday parties and other events since 2017.

Right now Metano is on the road to become a well-known producer in the EDM scene whose sounds will be heard all over the world. 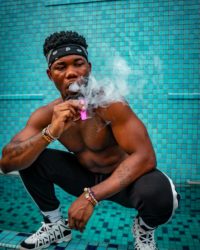 Black Gs is a multi-talented up and coming artiste based in Kuala Lumpur, Malaysia. Black Gs is a recording/performing artiste, songwriter, actor and model who has a big heart and passion for music and very much a hardworking individual who has decided to make the world smile and dance with his music.