After the huge succes with their previous release Alarm on our label talented music producers Vessbroz teams up with Barantagous and vocalist Black Gs on this massive festival track LOSING CONTROL.

The track is a Big Room genre with festival leads that gives you that festival rave feeling and motivational lyrics and energic melodic vocals, all those elements combined in this powerful festival anthem. 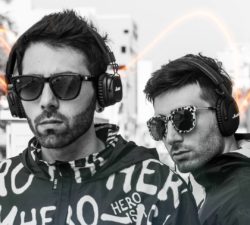 A bond created by music is hard to break, join this up with brotherly love and it’s a force that’s totally unstoppable. This is certainly the case with Armia and Arsham, better known as the Vessbroz, an electronic DJ/Producer duo whose back catalogue and fan base speaks for itself.
With a background in classical music, their signature sound is best summed up as exquisitely produced, hard-hitting dance style with a touch of quirkiness, as the Vessbroz strive to constantly innovate themselves infusing their sonic palette with dashes of mainstream pop sounds to heavy dance floor grooves that grip their audiences. After gaining thousands of online followers through their music, the boys decided to take their creations to a new artistic level by creating and directing music videos on their Vevo channel which has led them to gain an incredible 2,000,000 views.
The Vessbroz’s list of career highlights is seriously impressive! Some of their achievements include an album release with Sony Records titled ‘Lost’, landing a top 100 spot in the Netherlands’ album chart and their single ‘Nothing’ reaching the top 40 position on the US Billboard Chart for 7 weeks, whilst gaining support from the living legend 50 Cent. They also went on to be featured on the cover page of DJ Magazine and were the Official Coca-Cola DJ for the 2016 tour. 2019 has been nothing short of exciting for the duo so far, based in the home of dance music, the Netherlands they have managed to land on iTunes’ top chart in Italy with their track ‘Somebody’ and Beatport’s Big Room chart in June with ‘Alarm’, and much more is yet to come. 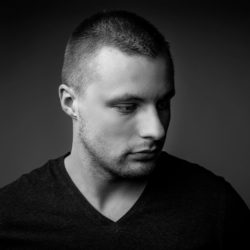 Barantagous is a Dj and producer from Chicago, IL.
Born Patryk Baran, this talented artist is all about bridging the gaps between the appeal of pop and the punch of electronic music styles such as progressive house and big room, among others.
His sound is inspired by many of the best producers on the scene, and his creative approach is very kaleidoscopic and hard to classify under the umbrella of a single genre, since Barantagous loves to use unique processes to bring his mixes to life in a very special way.

His songs are punchy and melodic, truly connecting with listeners. 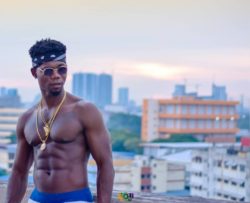 Black Gs is a multi-talented up and coming artiste based in Kuala Lumpur, Malaysia. Black Gs is a recording/performing artiste, songwriter, actor and model who has a big heart and passion for music and very much a hardworking individual who has decided to make the world smile and dance with his music.

Black Gs has been making waves ever since he broke into the industry by achieving several awards in a short period of time such as “GAMA AWARDS 2012” (BEST R&B OF THE YEAR), right after that Black Gs won “BEST POP/R&B ACT OF THE YEAR” AEA AWARDS 2012, got CLUB RECOGNITION Awards by VOGUE CLUB 2012 as “best African act” in Malaysia and was also nominated for “BEST POP ACT” at “BITE MY MUSIC GLOBAL AWARDS 2012” in Malaysia. Black Gs has performed in numerous number of shows among African’s biggest artistes at live concerts including “Wizkid” African’s #1 artiste.