Top mexican DJ and music producer JSANZ collaborates with Diego Antoine on this 3rd release on our label called “Tribal King” a jungle Big Room track with groovy tribal percutions and a jungle vibe drop perfect for a festival track.

The quality of the track had so much support as the track entered after a week from the release date into the TOP 100 BIG ROOM BEATPORT also has been included by Beatport into the PEAK HOUR TRACKS BIG ROOM chart. 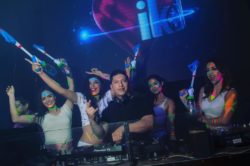 Jonathan Sánchez aka JSANZ Club DJ and Music Producer in the Top 100 DJs Mexico (Place # 51). He has more than 10 years of experience as a DJ performing throughout most of the Mexican Republic. Their Original Tracks have the support of Top International DJs such as: Hardwell, Ummet Ozcan, Dannic, Blasterjaxx, KSHMR, Vini Vici, Timmy Trumpet, Chuckie, DJs From Mars to name a few. Musical Genre: Dance Music, Reggaeton | Genre-blender: Open Format. In his career as a music producer he signed his 1st. album “Love N Dance” (2015) with Sony Music UAE, this album contains EDM tracks in English and Spanish; Two Tracks signed on the Juan Magan Record Label “We Love Asere” (2012, 2013). He was also in charge of making the only Official Remix to “Marry Me” of Belanova (2017). His musical style allowed him to exclusively launch an Original Sample Pack for the renowned “Native Instruments” brand (2018). 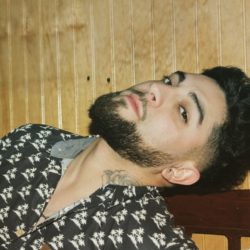 DIEGO ANTOINE is a Chilean DJ / producer, born on March 4, 1991, currently with more than 7 years producing electronic music, perfected his talent and signed with different record labels, focused on Groove and producing different styles such as : Tribal House, Progressive House, Deep House, Tech House, among others, has obtained the support of several artists of the scene, its inspiration is based on the Retro Disco dance floors and its content you will always hear many percussions and good rhythms.